Afghanistan: the quest for security 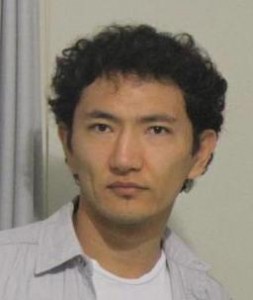 Many nations can only dream of a bilateral accord with the first ever true global power let alone having the privilege of signing one; be it economic, strategic, or more importantly security. In modern day community of nations, if there was any one nation that needed a bilateral security pact with America more than anyother nations it has to be Afghanistan. Then why Karzai drags his feet to sign it?

Played in the hands of its powerful neighbors, riddled by internal conflict, depressed to the core by a very weak economy of drug and war, one could argue signing the Bilateral Security Agreement (BSA) would be a cakewalk for Afghanistan. So far, it has taken three days of Loya Jirga that consist of a big bunch of illiterate tribal elders – without belittling them of course – who, most of them could not even find BBC on a PC to read the news.

Considering Afghanistan’s ethnic lines, the three major ethnic groups in the likes of Tajiks, Uzbeks and Hazaras undoubtedly look at the BSA favorably. This leaves the Pashtuns as the majority ethnic group to entertain the thoughts of approving the BSA. While pro Taliban Pashtuns would hate to even contemplate the presence of the US boots on the ground, on the contrary many Pashtun technocrats, army generals and senior police officers cannot wait for the BSA to go through so for the funding to continue uninterrupted.

On the other hand the President – America’s favorite son Mr. Karzai in defiance of all common senses, has been playing a rather trifling wife – squeezing as much concession from the Americans as possible. This is despite the fact that after all Karzai’s own and all his family’s security and survival depends on the continued presence and cooperation of America and its allies. Some of us might even wonder whether a lack of guarantee on the part of the America for a succession of Karzai dynasty could be the stumbling block?

What most Pashtuns fail to understand is the fact that the BSA – for the first in the history of Afghanistan – will prompt any probable or possible meddling by any of the neighboring nations to think twice before committing to such act vis-à-vis Afghanistan. Hence, the BSA could create a regional détente in South/Central Asia that’s unprecedented.
However, I would by no mean argue that the BSA would work as a magic wand as far as overcoming Afghanistan troubles are concerned. One could argue that Afghanistan with American boots in it could work as a terrorist attack magnet. But we must not forget the fact that almost 99% of the terrorist attacks originate from Pakistan –trained, financed and supported politically. Hereafter, a likely indefinite military presence of the America in Afghanistan could put Pakistan’s long-term backingfor Taliban to a serious test.

Despite all the excitements surrounding the BSA, America’s and its allies’responsibilities that come from the agreement will affect all the Afghans’ life for better or worse. A decade of unparalleled international help have brought superficial security and cosmetic development for the Afghans as a whole, more specifically to the minority ethnic groups such as Hazaras. According to many respectable experts on Afghanistan Hazaras continue to experience subliminal discrimination in all strata of the country. The Hazara inhabited areas have received the most minimal development aid. This could be due to the fact that only ‘squeaky wheel gets the oil’ and Hazarajat where the Hazaras live has been one of the most peaceful places in recently history.

State Challenges
As a tribalized nation state Afghanistan lacks a true national identity. All majore thnic groups have created their own unique symbols that identifies more with than the state as a whole. The Hazaras draw strongly their inspirations from Imam Ali’s family and their martyrdom for what they believe as true Islam, for instance. Tajiks’ newborn identity in the form of Ahmad Shah Masoud is quite prevalent. These parochial identities are not only shared nationally but are often contentious. These challenges add extra dilemma on the part of America should there arise an internal conflict. Will the USA remain a by stander or will the USA pick a side in the conflict?

For all its challenges, BSA must be signed and will inevitably be signed given its existential magnitude for the Afghans of all walks of life or ethnicity to safeguard them against their unrelenting meddling of neighbors – specifically Iran and Pakistan. America will gain strategic foothold in a country that’s the linchpin in Central/South Asia. One shall not forget the fact that Afghanistan needs America more – a hell of a lot – than America needs Afghanistan.

Food for thought
There might remain loopholes in the agreement which either party could take advantage of. America could request Afghanistan – let’s assume – for a testing ground for some of their tactical weapons in an isolated place like Helmand that could ensue grave environmental consequences for the country. Would the then incumbent government budge? Also, whether America move swiftly to aid Afghanistan in the likely outbreak of a war – let’s hypothetically imagine – with Pakistan? Who else if not Pakistan given its past sins against Afghanistan?

Japan, Australia and New Zealand have all benefited significantly from their bilateral security accords with America in deterring any possible national security threat in a region that has a long history of aggression. As far as Afghan-USA BSA matters, now, the ball is in the Afghan court. Let’s wait and see with fingers crossed as the quest goes on.