TODAY, the Hazara graveyard in Quetta will be more crowded than usual. Among the visitors will be those who lost their loved ones in the Alamdar Road blasts on Jan 10 last year. The twin bombings claimed at least 81 lives and injured over 170 people, most of them Shia Hazaras who are concentrated in the area. Barely a month later, on Feb 16, another devastating attack in Quetta, this time in Hazara Town, resulted in casualties on a similar scale. 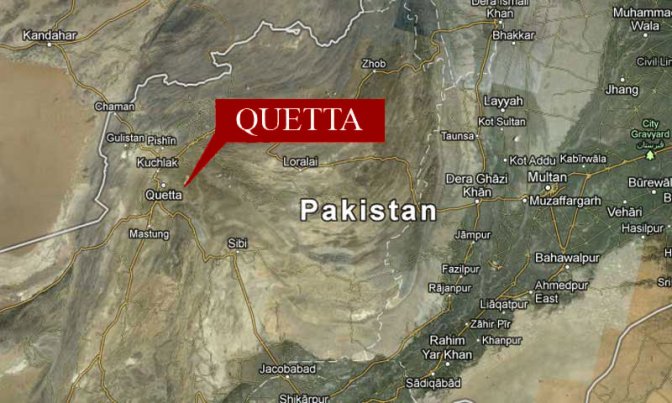 As for Quetta, the mushroom growth of slums in the city and the fact that terrorists constantly change hideouts makes them elusive. — File photo

While sectarian terrorism in Balochistan has disproportionately targeted the Hazara community, easily identifiable because of their distinctive physical appearance, other Shias — especially pilgrims travelling to and from Iran — have not been spared either. The latest such attack took place last week just outside Quetta, the district most affected by sectarian attacks in the province.

According to a report by the Pakistan Institute for Peace Studies (PIPS), out of 33 sectarian attacks in Balochistan last year, 22 took place in Quetta district, which is where the vast majority of Hazara and other Shias live.

Most sectarian attacks in this part of the province are claimed by the Lashkar-i-Jhangvi (LJ) and its affiliates such as the Jaish-ul-Islam. Although the location of these groups — in pockets within Quetta city, parts of Mastung district including Splinji and Kabo, and towards Machh and Kalat — is well known, apprehending them is not simple, according to police.

“They are situated in a vast area with scattered dwellings and katcha roads; they can see the dust rise from our vehicles from miles away, giving them ample opportunity to escape,” says a senior Balochistan police official. “The only time we’ve had any success is when we’ve gone in with huge numbers of police personnel and a heli cover.”

As for Quetta, he says the mushroom growth of slums in the city and the fact that terrorists constantly change hideouts makes them elusive.

They may also be tipped off by sympathetic elements within the law-enforcement agencies. At least two former policemen are currently on trial for colluding with the LJ, which illustrates the inroads that sectarianism has made into the security set-up.

Despite the sobering statistics, however, there has been some improvement over the last few months. Ruquiya Hashmi, PML-Q legislator and a Hazara herself, says: “Large-scale sectarian attacks are not taking place with the same frequency as they were earlier and the frequency of targeted killings has also reduced.” She adds that the police have taken some action against the sectarian groups, particularly after the two major attacks in early 2013.

Sources within Balochistan police say that two major encounters with LJ militants about six months ago, one in Kharotabad and the other near the Eastern Bypass, in which several mid- to high-level operatives were killed (among whom was an ex-constable) “caused a major dent in the organisation”. Security particularly on routes leading to localities with large Hazara populations has also been enhanced. However, such measures cannot have but a limited impact. ‘Unsecured’ areas remain vulnerable to attacks, such as the place where a bus convoy carrying Shia pilgrims was attacked recently despite the presence of a police security escort.

Sectarian groups in Balochistan are strengthened by their nexus with militants in other parts of the country, which allows them opportunity for refuge and regrouping. For instance, the leader of the LJ’s Balochistan wing, Usman Kurd, who escaped from prison in 2008, is believed to be in Karachi. According to the PIPS report, “In the last three years different factions of the group have been active in Karachi and Quetta.”

What is needed is across-the-board action against terrorist groups, but the establishment’s strategic use of militant proxies precludes such an approach. In the case of Balochistan, the LJ is said to have links with the pro-government militant group Baloch Musallah Difa’a Tanzeem, one of the ‘death squads’ accused of kidnapping and killing Baloch nationalists.

“Clarity is needed at the state level; ambiguities create space for terrorists,” says security analyst Mohammed Amir Rana. “When the state does not take action against some groups, then space is created for the others.”

Many believe the state’s own Machiavellian dealings with militants are the breeding ground for this hydra-headed monster.